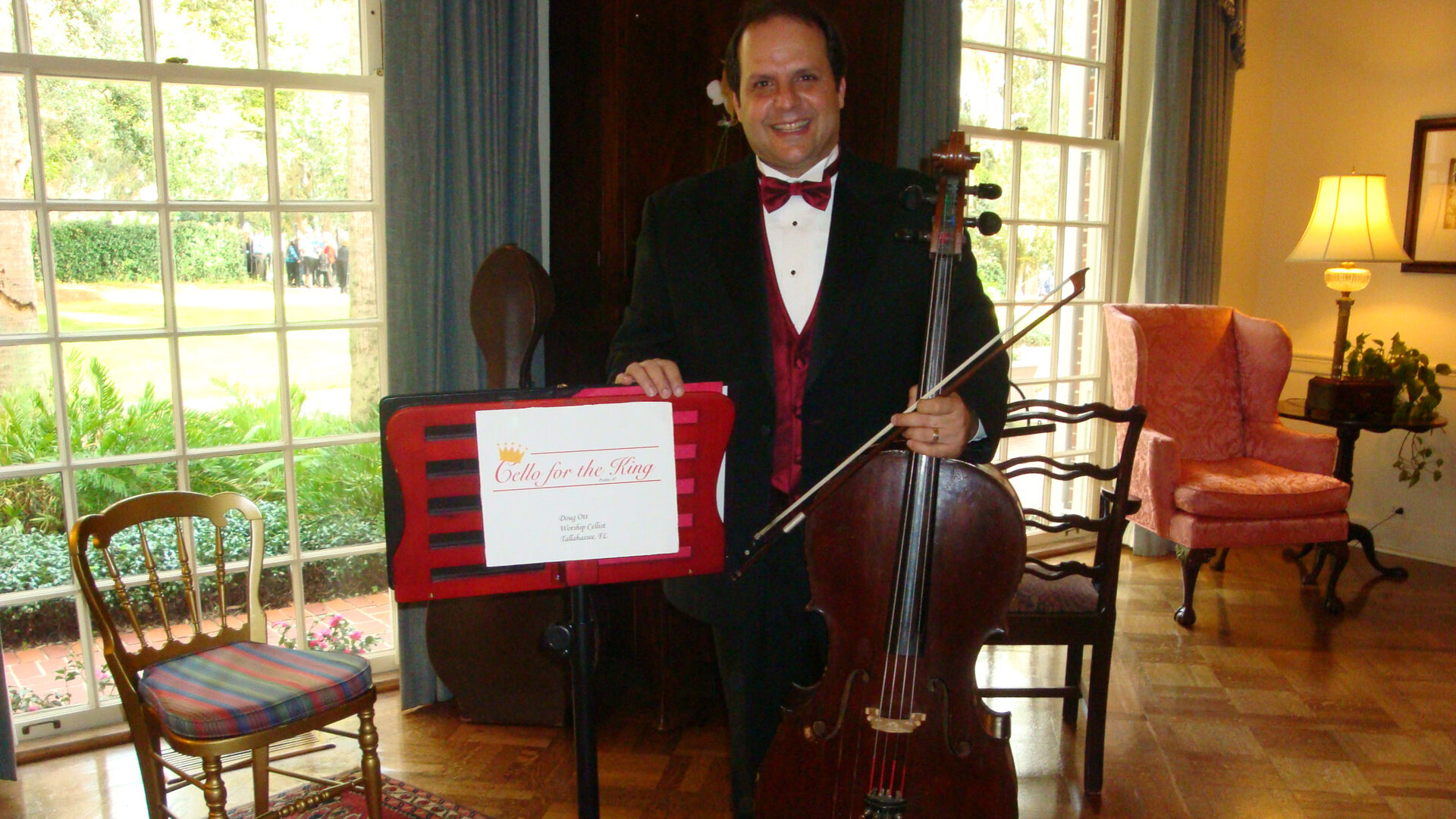 Doug Ott In The News

Click here to watch the TV program that will be aired on CTN.

I will air on (2) Christian TV stations, and 37 radio stations listed below, with upcoming air times starting tomorrow (Sunday, Dec. 20th thru CMAS eve, depending on the station.) I was interviewed on the CTN show, “This is My Life” by Frank & Bobbie Agee (pictured).

The show is just me, (and my cello), and interviewed by the hosts, Frank & Bobbie. The presence of the Lord was in the interview, and songs.

Please review the TV and radio stations below in case you are able to listen, as I play select CMAS songs during the 30 minute interview. I hope it blesses you.!! Share this post, as some of your friends or family might be in one of these states or cities.

RADIO STATIONS
(by state below)

Stay tuned for the “This is My Life” Christmas program to be posted soon. The 30-minute program is being aired on the Christian Television Network – CTN (Tallahassee/Thomasville), CTN (Macon, GA), Wilkins Radio Network (30+ stations nationwide), Faith Radio Network, Wave 94 and WDXD Tallahassee.

LIVE Recording of CD, “Cello for the KIng – As the Spirit Moves” held at Evangel Assembly of God.

Doug played for Gov. Mike Huckabee at a Heroic Media event. Afterwards he said, “I can name the last (3) songs you played,” and he did.
Amazing he could do that as he was taking pictures with people in line.

Doug played for Gov. Rick Scott during the 2-hour Public Tour at the Governor’s Mansion

While taking the photo with Gov. Palin, she said, “the music was beautiful,
and I could hear it all the way down the hallway.”

Order the CD on CD Baby
Scroll UpScroll Up